Rambo: Last Blood is a film which comes directed by Adrian Grunberg who some may know as the director of Get the Gringo (2012). The film stars Sylvester Stallone, Paz Vega, Yvette Monreal and Louis Mandylor. The film is the 5th and final film in the Rambo franchise which originally began in 1982.

When I first heard about this film, I must admit I was excited for it. I’ve always enjoyed watching the Rambo films. The first one is probably the best of the films with the most meaning to it, but the following ones were such fun action films to watch that I’m sure many have watched them over an over again.

Rambo is now much older than the character we once knew, he is also not going out on a military mission, instead this time he’s on a personal quest to find his young niece who is being held by the Mexican cartel. The film is basically a revenge driven story, with Rambo going up against the cartel. The themes and tone of this film are quite strong and Rambo: Last Blood does highlight some of the more horrible aspects of the world that are happening in Mexico and for some this might be too strong. But Rambo films have always actually had fairly strong tones to them underneath the main story and the places Rambo visited were always horrible.

The action component is what I believe most people go to see a Rambo movie for. You go in there to watch Rambo go up against the impossible doing as much damage that he can do as possibly do along the way. This film doesn’t disappoint in this area in fact actually it surprised me. There is an increased level of gore in this film, meaning you pretty much see people get torn to shreds by Rambo. Think of Rambo like as if he was a Mortal Kombat character, in this film there are even fatality like kills, it’s insane and it’s a lot of fun!

The actors in this are all pretty good. Most of the film focuses in on Sylvester Stallone who is someone that I have always enjoyed watching. In this he actually has a lot of dialogue. I have never actually heard Rambo talk so much! But it was nice to see a bit more from this character and Sylvester Stallone does do well with this character and as it is one of his most iconic ones, it’s great to see Rambo on the big screen again. Other actors in this film were mostly unknown and most characters are disposable in a Rambo film, but I enjoyed most of the supporting cast.

There is not much more to say about Rambo: Last Blood. This is an action movie that is a lot of fun, while at the same time being something for long time Rambo and Sylvester Stallone fans to see. The action is enjoyable and the increased violence and gore in this one makes it a very different action film, but I welcome this style. The themes in the film are a little strong and the gore in some scenes is very high and some may not love that. But overall I had a lot of fun with Rambo this week. If you are looking for a pure action film to watch and are a Rambo fan then I am happy to recommend seeing Rambo: Last Blood this week. 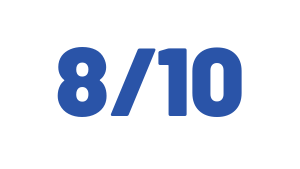 The Biggest Album Debuts of 2019